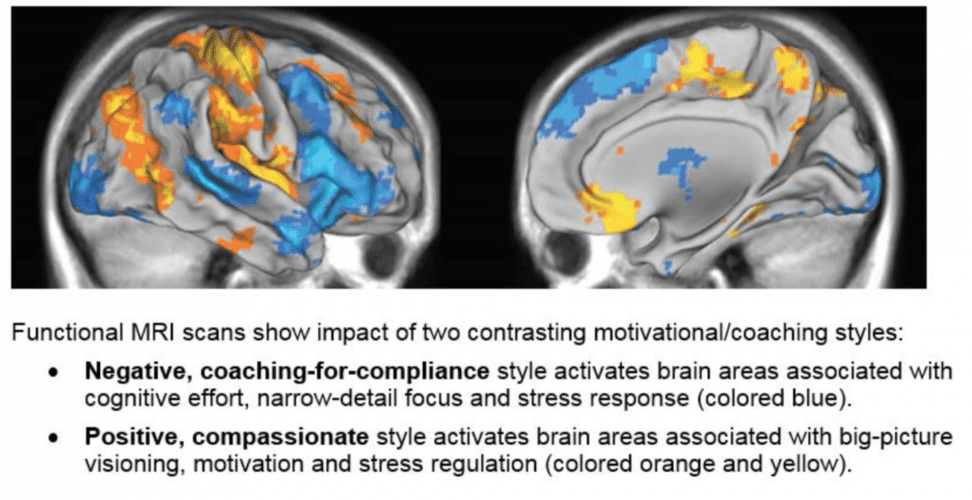 Dr. Nowack has conducted and published research related to coaching, leadership, neuroscience, and other related topics. In our discussion, we focused on research contained in a special issue of the journal about the neuroscience of consulting, including coaching, psychological safety/interpersonal trust, habit/behavior change and enhancing employee resilience. Here’s what he had to say.

The topic of neuroscience is getting a lot of attention in psychology lately. Why do you think that is?

How the brain works has always been interesting to psychologists, and for obvious reasons – it’s the center of what makes us human. Only recently have we had the science and technology to look deeper into what’s happening in the brain as we go about our lives, especially our work lives. Neuroscience today is the new frontier of psychology. Through rigorous research, conducted responsibly and professionally, we’re able to better understand the conditions that can make people’s lives more productive and satisfying. We’re refining our intervention methods to be more effective.

Tell us about your latest issue and why it’s so important for coaches and consultants.

Within consulting psychology, interest in neuroscience is fueled by a blend of myth, hype and empirical research. It’s a seductive topic. To illustrate the impact of that hype, several studies have shown that the public is enthralled with any findings using “neuro” terminology. Neuroscience-sounding language commands a favorable “halo” effect even when it’s superfluous or logically irrelevant to the topic at hand. As a result, it is increasingly popular to “package” traditional consulting, coaching and training interventions under a “neuromarketing banner”, sometimes leading to confusion or misleading claims. For this special issue, we asked well-known researchers, psychologists, and neuroscientists to examine different aspects of the field, related primarily to consulting in business environments.

What were some key takeaways on motivating people?

It’s easy to focus on fixing problems and deficiencies, whether we’re a manager, coach, teacher, or parent. But that might not be the most effective approach. Dr. Elliot Berkman of the University of Oregon explored the research behind successful habit/behavior change in terms of goal setting (the “way”) and goal striving (the will). His findings show the importance of intrinsic goals, appropriate rewards, and the use of our social support network to facilitate successful goal achievement and maximize motivation. This is particularly important when our enthusiasm weakens in the middle of completing a goal.

In contrast, when coaches, managers, teachers or parents focus entirely on problems and solutions, this activates a person’s defensive mindset and closes down their openness to change. This negative approach often called coaching for compliance, activates regions of the brain associated with stress response and self-consciousness, which increases the psychological burden on someone already feeling challenged. It also threatens their feeling of self-worth and self-determination. In this defensive posture, a person’s motivation and openness to change are both decreased.

How was this last fMRI study carried out?

When participants completed an online questionnaire after each session, the compassionate-based coach was perceived to be considerably more inspirational, trusting and caring. On the other hand, the solution-centered coach was perceived to be less motivational and less caring. During fMRI scans 3-5 days later, participants watched video clips of their prior coaching interactions. The scans showed clear differences in brain activity as I described earlier. These results challenge conventional coaching approaches, suggesting that the primary focus should not be on understanding and listening to problems.

In coaching it’s not useful to focus mainly on negative concerns or grievances. Coaches should concentrate on the participant as long as possible before presenting any feedback; then shift to reviewing results and a solution-based approach. This is some of the first research to use neuroscience to guide coaches and consultants to techniques that maximize insight, acceptance, and motivation to successfully change behavior. There are important ramifications both at work and with others in our life, including partners and children. No doubt more research is needed but we finally have neuroscience, rather than pseudoscience, helping us influence others more effectively.

What role do psychological safety and trust play in employee engagement and job satisfaction?

A two-year study at Google, called Project Aristotle, recently concluded that psychological safety was the most important predictor of high- or low-performing work teams, from the 180 teams they studied. But how can this be measured?

A second influential article in our special issue was by Dr. Paul Zak, a pioneering neuroscientist at Claremont University. He summarizes the neurological basis for interpersonal trust and psychological safety. Both are key indicators of engagement, cooperation, and empathy at work. By measuring a specific brain chemical – oxytocin (OT) – Zak’s lab was one of the first in the world to discover the vital role it plays in social interactions and promoting empathy. OT is an ancient mammalian peptide produced by the pituitary gland that plays a key role in facilitating bonding, trust, and attachment. Before and after blood samples obtained during interpersonal interactions demonstrated that when one is trusted, one’s brain produces OT in proportion to the degree of trust shown. In the workplace, OT creates a positive, social-bonding effect encouraging mutual cooperation and support. OT is a quickly produced signaling hormone, turning on when we are shown trust and shutting down during periods of high stress or extreme competition. The author considers OT the biological basis for the Golden Rule: If you treat me well, my brain will synthesize OT and this will motivate me to reciprocate.

What are other benefits of increased trust at work?

There are notable financial and performance impacts. Dr. Zak surveyed more than 1,000 working adults in the U.S. about their organizations. His team found that those people working in companies in the highest quartile of trust, compared to those in the lowest quartile, had 106% more energy at work, were 76% more engaged and said they were 50% more productive. High-trust companies had half the employee turnover of low-trust companies, with employees at these companies claiming they enjoyed their jobs 60% more. By moving up even one quartile in organizational trust, a company’s average employee would produce more than $10,000 additional annual revenue.

The return on investment for boosting trust is very high – often hundreds of dollars for each dollar spent. Dr. Zak also outlines eight specific factors that are the building blocks of organizational trust and can be translated into both team and leadership practices. His article provides a neurobiological explanation for why typical leadership practice is so powerful to enhance motivation, satisfaction and employee engagement. For example, the more a leader acts like a mentor and coach with employees (he calls this behavior “investing in employee development”), it directly elicits a release of OT in employees. This leads to a stronger commitment to both the boss-subordinate relationship as well as enhanced engagement.

What’s on the horizon for you now?

We’re excited about our next issue to be published in June 2019, which has a theme of coaching elite performers in a wide variety of occupational settings. Performance coaching is a growing field in consulting psychology. More than just refining physical or technical proficiency, performance coaching emphasizes developing important self-management skills.

This special issue has five articles that each examine elite performers in different fields: business, athletics, performing arts, military, and medicine. Each author has decades of hands-on experience in his or her respective field and shares insights and applications. There are some great tips, suggestions and “best practices” in working with the elite in different fields.

I’m a Brand Therapist® providing psychology-based branding, copywriting, and consulting to individuals and micro-businesses in the creative arena. My signature services will help you discover and articulate your most authentic self so you can tell better stories, make more meaningful connections, and do more profound work.